Sometimes our ancestors lived below the margin, with barely enough food to get by and no secure shelter. Or they experienced a direct threat to their lives from a predator, a natural disaster, or another human being. They had no option but to fight furiously and willing to do anything to save themselves. Thus, we are hardwired to avoid loss when comfortable but to scramble madly when threatened. Such behavior can be seen in business all the time. This inherent human behavior tilts our choice for an Adversarial approach to resolve disputes, instead of making a choice of consensual process as the first option. Choice of litigation fires up this behavior further, sometimes causing a bigger damage for all parties in dispute.

Evolutionary psychology holds that although human beings today inhabit a thoroughly modern world of space exploration and virtual realities, they do so with the ingrained mentality of Stone Age hunter-gatherers. People today still seek those traits that made survival possible then: an instinct to fight furiously when threatened, for instance, and a drive to trade information and share secrets. Human beings are, in other words, hardwired. Human beings resist change. And evolutionary psychologists are not surprised at all by the fact that, despite the fact that change is given, almost everyone resists it – except when they are dissatisfied.

This evolutionary psychology, in identifying the aspects of human behavior that is inborn and universal, sheds light on why people behave in ways that don’t appear to be beneficial to themselves or to their businesses.

Human beings became hardwired to stereotype people based on very small pieces of evidence, mainly their looks and a few readily apparent behaviours. Such propensity to classify is human nature and doesn’t make it right. People are complex and many sided. But it is illuminating to know that we are actually programmed not to see them that way.

The vast majorities of human beings avoid loss when comfortable with life and fight furiously when survival requires them to do so. Human’s hardwired behaviour of fight and flight at the time of risk/crises, makes litigation (adversarial approach) sought after mechanism for dispute resolution.

Our response patterns to conflict cause ‘furrows’ to form in our brains that cause us to interact in ways that can seem impossible to escape. Our reactions to conflict, or our willingness to become locked within it, are in a very real sense a habit of the brain that has developed over time. Many of us have felt quite helpless in the face of some of our reactions, during and after the fact.

The truth is, today we need rationality more than ever. The world is increasingly complex, and we must make harder, more layered decisions faster and faster, but our brains, created for a different time and place, get in the way.

When we become willing to consider how our own reactivity tends to keep us recycling, and that sometimes our response to anxiety producing circumstances are almost unconscious, we are suddenly freed to look deeply at how we might honour and protect our own interests while honouring the views of adversaries.

Given the capacity of our brains to rewire, and our amazing abilities to adapt once we develop an awareness of the outlines of any challenge, like overcoming patterned behaviours, mediation and mediated processes offer disputants an environment for safely exploring creative new solutions to old problems.

When people are assisted in developing options that are more visionary and mutual than what Courts impose, the process costs them less, they are more satisfied, they reach agreements that are lasting, and that they can positively influence those around them and especially those who depend upon them for emotional and financial support. 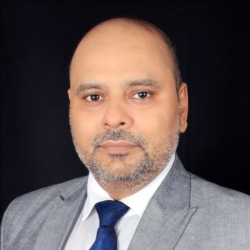 Dr. Bikash Sharma
President and Founder Trustee of International Academic and Management Association (IAMA) at International Academic and Management Association (IAMA)
Dr. Bikash Sharma is a management professional with over 20 years of experience in the Education, Management, Human Resources and IT Enabled Services domain
Dr. Sharma is currently the President and Founder Trustee of International Academic and Management Association (IAMA) which was established with his efforts in the year 2013. Since his early working days, Dr. Sharma had a keen inclination towards education and wanted to do something which would make education more practical, dynamic, boundary less and affordable for all. His dream became a reality with IAMA. Today, IAMA under his stewardship, has its footprints in over 43 countries offering its services to nearly 150 educational institutions, benefitting thousands of students globally
Additionally, Dr. Sharma is also the CEO of iDeliver Services, an IT and IT Enabled Services organization which he set-up in the year 2005. The organization offers B2B IT and IT Enabled Services to its clients with the motto of “delivering service with quality on time every time”
Dr. Sharma is also on the Board of Advisors of several educational institutions globally including POMA International Business University (Worldwide), Oxford University of Namibia, CEPRES International University, etc to name a few.
He is also the Advisor to the Jury Council of AsiaOne Magazine which is a leading B2B magazine with circulation in 10 countries across South East Asia and GCC
Considering his role as a global change agent in the field of education, Dr. Sharma has been appointed as the Co-Chair of the Center for Education Sustainability Board located in the USA
Dr. Sharma is also a Trustee with Earth Quotient, a pressure group working on issues related to the environment and the voiceless
He is also an Advisor to the Ministry of Agriculture, Government of Liberia, working closely with the government on issues related to Food Security, Agriculture Technology and Education